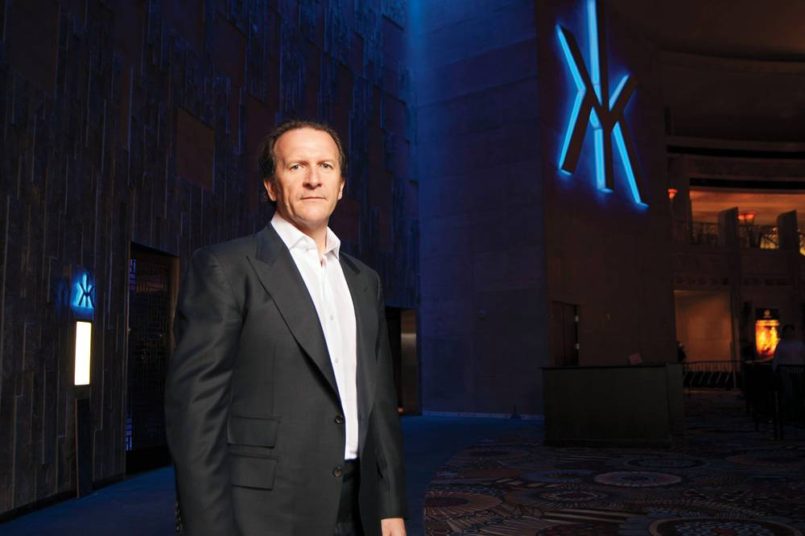 In a statement released on Monday, Moffitt expressed “my passion for what we have built will never go away, however it feels like the right moment for me to step off the train and refocus on my own future and family.”

The decision was made on the eve of a proposed union with associated hospitality titan SBE, a passage that will reinforce the companies into a single unit – a hotel, entertainment, nightlife/daylife and dining powerhouse.

Moffitt stated that he has settled his interests in Hakkasan Group before the closing and they have been acquired by the present investor.

Chairman of Hakkasan Group, Khalifa Bin Butti said that ‘’Neil Moffitt has been the driving force of this company and we are incredibly grateful for his vision, commitment and leadership over the years. We are naturally disappointed to see him leave.”

Locally, Hakkasan Group runs Hakkasan Restaurant and Nightclub, Wet Republic Pool Club, Omnia Nightclub, Jewel Nightclub and restaurants like Herringbone in Aria and Searsucker in Caesars Palace, as well as many venues around Las Vegas and globally. Hakkasan Group has over 7,000 employees internationally, with more than sixty nightlife, daylife and restaurant sites across four continents.

As a former music festival producer and creator of the brand Godskitchen, Moffitt, arrived in Las Vegas 14 years ago as a consultant for Ice Nightclub. Eventually he formed his own company, Angel Management Group, which was bought by Hakkasan Group once he became CEO.

“I am proud to leave a lasting legacy and an excellent management team and wish the new shareholders and the team the best of luck on the next phase of the journey,” Moffitt expressed.

With our trustworthy Las Vegas Concierge Services, we can show you what to do and where to go, with recommendations for activities to suit your tastes and preferences.