2015 has just begun but it already promises to be the year of EDM Artists.

Now you may be thinking, “There’s no way EDM can get any bigger!” Yet that’s what people were saying just a year or two ago. Meanwhile EDM festivals keep getting larger while DJ earnings shoot through the roof.

And as EDM grows so does the number of EDM DJs. But while anyone can name the top DJs (my grandma can tell you who Tiësto or Armin Van Buuren is) we at 702 Ent thought it’d be more interesting and worthwhile to recognize the best of the future.

To this end we have compiled and proudly present our first annual list of EDM’s Top Up-and-Coming DJs, along with interviews of each artist. Not all of the names on our list are necessarily “fresh faces”, but we do believe they are some of the most passionate and innovate EDM DJs/producers in the world and are confident that their career trajectory is only heading higher—just like the wonderful world of EDM. 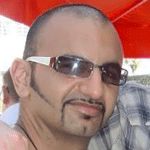 An energetic cross of electro house, progressive and uplifting trance.

What to look for: “I have seven new releases coming out in 2015, primarily in the trance genre. They are geared more towards that Dutch sound, like Armada and Coldharbour.”

Why he started DJing: “Out of necessity really. My friends were throwing a junior high school graduation party in 1992 (yup, I’m 36) and needed a DJ. I loved music from a very young age and had a huge music collection (thank you, Columbia House) and a good stereo system (thank you dad). So I ended up DJing the party. I never stopped!” 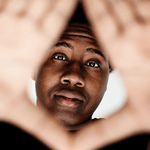 A truly distinctive blend of “punk rock electro” and downtempo.

His ideal venue: “Large stages with 100,000 watts of bass…Anything that allows the crowd to mosh and get wild is where I want to be at.”

Track he’s best known for: his “My Chemical Romance” remix

What to look for: “I plan on coming out with an EP called ‘KIIDS Next Door’. I’m still trying to figure out which direction I want to go in with it, but I already have some tracks prepared for it. Maybe if a good label actually picks me up, then everything will kick off from there.”

What’s the most important skill for a DJ to have: “Staying humble. Most DJs tend to lose this once they get the ball rolling for themselves with their career.” 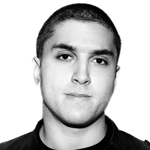 A producer/DJ known for his melodic, progressive trance sound, Monoverse strives to introduce non-mainstream sounds and artists into his sets.

Favorite venue: “Most of my experiences in nightclubs have been in New York City… One of my favorite venues in terms of sound, atmosphere, crowd and vibe had to be Club Love and although it was shut down so there haven’t been any trance events there in years.”

What to look for: “I have my first vocal single coming out this year, and a hand full of energetic progressive trance tracks on labels like Enhanced Music, Coldharbour Recordings, and Lange Recordings. Excited for 2015!”

DJing vs producing music: “It seems with the growth of electronic music in the United States that suddenly everyone is a DJ, and this doesn’t bother me. It’s certainly an enjoyable hobby and I would never take that away from anyone. Producing music is an entirely different ballgame, with a learning curve that is exponentially greater than that of DJing. I do feel it’s important for DJs to produce their own music, but I feel that producers should produce music because of their passion for music firstly–not because it’s the next step towards being an international superstar DJ.” 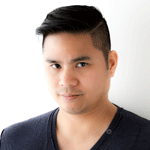 A prolific remixer, producer and on-air radio mixshow DJ. It’s only fitting that as The Riddler he always keeps the crowd guessing where he’s going to take them next.

What to look for: “I just finished two official remixes for Steve Angello ‘Wasted Love’ (Size Records) and Dillon Francis ‘When We Were Young’ (Columbia).  I’m also working on my second original EP to be released in 2015.”

What sets you apart from the crowd?: “I think my life experiences and knowledge of music sets me apart from other DJs. As an artist that has been signed to some of the biggest dance music labels (Ultra Records, Strictly Rhythm, Tommy Boy), I’ve had my fair share of success and heartbreak.”

Words of wisdom: “Hit records and producing tracks is important but…a DJ should be able to rock a crowd with two turntables and a microphone.”

Wildest DJing experience: “I’ve had girls strip practically naked and make out in the booth just to have their song played.” 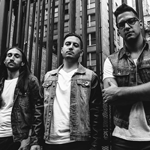 This talented trio of electronic musicians are really more an electronic band than DJs.

How they describe their style: “We encompass a lot of musical talent within the group. We incorporate DJing with live guitar and visuals that we control ourselves… On a lot of our new productions we are blending rock and roll with electronic music. ”

Craziest experience while performing: “Possible the time during spring break in Cancun when someone was dancing so hard in front of the booth that they broke their leg and had to be carried away in a stretcher.”

What to look for: “Right now we are wrapping up around six new originals to start the New Year. Our goal is to release one track per month. We are really looking forward to 2015 because we will be debuting our new direction as a group!” 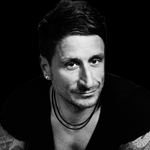 Perhaps best known for his pumping, driving techno beats, he’s an energetic performer who likes to vibe and groove with the crowd.

How he describes his style: “Rocking techno with sometimes, at emotional moments, melody inside—but most of the time energetic and forward. I try to connect always with the people without being a jukebox. I’m not hanging with my head in the laptop, and I’m not playing the top 10. I always play new music.”

Craziest experience while performing: “In 1997, when I was still smoking, I pulled out a cigarette but I had no lighter. Somebody out of the crowd gave me a torch instead of a lighter and my hair caught on fire! At that time I still had long hair.”

What to look for: “I’m doing every month a new release on my label MB Electronics with a lot of great new talent…I recently also started a new label, MBR Limited, which is a slightly different style of techno—more deeper and darker side.” 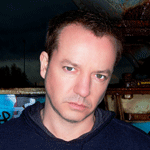 Though more an accomplished veteran than an up-and-comer, his evolving style and dedication to his craft make him–still–a crowd favorite and powerhouse DJ.

What sets him apart: “I like to think that my diversity is what sets me apart. I like to weave through different styles rather than play just one for an extended period, and I’ve been told I’m pretty good at being able to transition between those styles…I’m never as comfortable on a big ‘stare at me’ stage for one hour as I am in a dark corner of a club for seven or eight.”

What’s a DJ’s most important skill?: “Patience. I spend all week working to find that perfect track to play that I know is going to give the crowd what they want. The longer you make them want it, the better it feels when they finally get it…In a six or eight hour set I’ll wait five hours before playing that track…Creating that anticipation and tension over an extended period until that moment will create both a bigger emotional release and a longer lasting memory for the people who are there.”

How he started DJing: “I was a little kid in NYC when the ‘rap’ music thing exploded and I wanted to be a scratch DJ like Jam Master Jay and Cut Creator. When I came out of high school I got a job DJing at a local teen club and progressed from there into Top 40. In ’97 I was taken to a party in Montreal and fell in love with the underground. From then I was hooked and never looked back. To be honest I can’t believe I’m lucky enough to get paid to do something I have such passion for.”

What to look for: “Cycles 6, my yearly CD release, is coming out in January. That’s a snapshot of where my head is at musically. Next year the plan is to keep building the radio show and make more music. I’ve also started an alias called “shelter” for the less melodic vibe that I’m making in the studio. It’s more “chuggy” techno, so it didn’t really fit as a “Max Graham” project.” 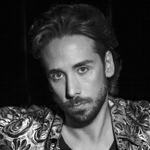 A mix-master supreme known for spinning up to four vinyl turntables at once.

How he describes his style: “Groovy, deep and powerful.”

What’s a DJ’s most important skill?
“Passion and respect for the music.” 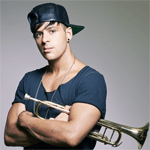 Part-musician, part-DJ, part superhuman, he first made a name for himself playing live trumpet solos over electronic music tracks.

How he describes his style: “Trumpet bounce.”

Favorite venue: “So many great clubs from Pacha Ibiza to XS Las Vegas. I personally don’t care if I play in front of five people or 5,000 people.”

Favorite DJs: “After touring the U.S. with Will Sparks and Joel Fletcher, they are two of my favorites.”

Is it important for DJs to produce?: “Yes, definitely. Producing your own tracks is like having a baby. When the baby starts getting popular and making you money you feel proud, like you earned it. You wouldn’t get that feeling if it was someone else’s baby.”

How he started DJing?: “I started DJing by jamming over everything and anything with my trumpet—mainly stuff on the radio. It wasn’t long until I discovered house music, met a DJ, and then played my first gig. I drove home that night knowing this is what I wanted to do for the rest of my life.

Craziest experience while performing: “Once I was DJing and dancing so much that my pants fell down. Everyone backstage saw and it was all over Snapchat.” 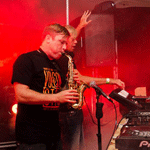 What sets them apart: “We are a live act so the live elements that we use when we perform are generally the difference! We incorporate sax, flute, keyboards and electric double bass into our live set.”

Is it important that DJs produce their own music?: “It’s pretty much the only way to get your DJ career off the ground, so yes you 100% have to produce your own music or at very least start with remixes and mashups and develop from there.”

What to look for: “We have some amazing collaborations coming out in the next few months so definitely watch out for those. Plus, there are shows all over the world including Ultra South Africa, Buenos Aires, Miami and more! We are also launching our new website: www.goldfishlive.com.”