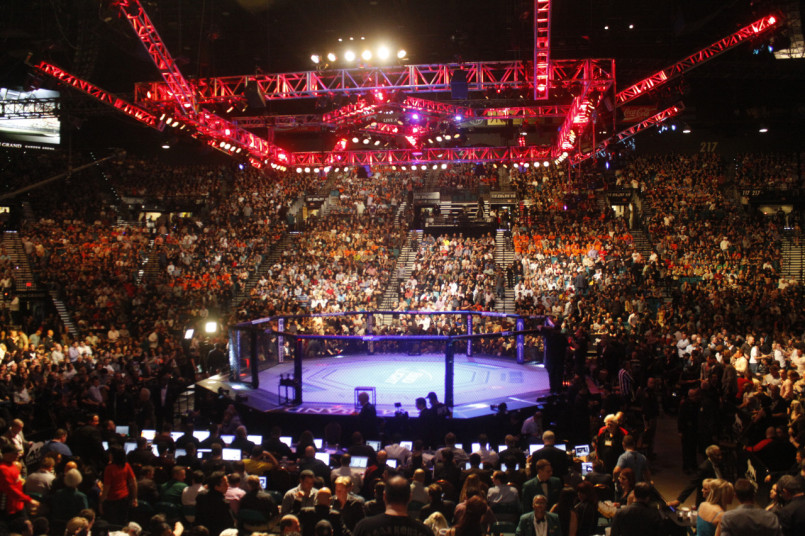 Another exciting bout has been added to UFC 196.

Julian Erosa will take on Teruto Ishihara in a featherweight bout on March 5 at the MGM Grand Garden Arena in Las Vegas.

Erosa, a cast member on Season 22 of “The Ultimate Fighter” under Coach Urijah Faber, won his fight to get into the “TUF” house, and then won his quarterfinal matchup with a split decision over Abner Lloveras. But he lost to Artem Lobov in the semifinal round. Still, he was given a fight at the TUF 22 Finale in Las Vegas in December and took a split decision from Marcin Wrzosek in his official UFC debut. That victory extended the Washington-based fighter’s winning streak.

Ishihara was part of the UFC’s “Road to UFC: Japan” series and reached the final of the tournament against Mizuto Hirota. That fight, which took place at UFC 75 in September, ended in a rare split draw. The UFC 196 fight in Vegas will be Ishihara’s first fight outside of Japan and the first since his draw against Hirota. Ishihara will be coming to the MGM Grand Garden Arena with six knockout wins under his belt.

With the new bout added, the latest UFC 196 card includes:

To secure your tickets to UFC 196 contact 702 ENT, one of the leading Las Vegas concierge companies.